Experimentation with mediums of material and immaterial communication. 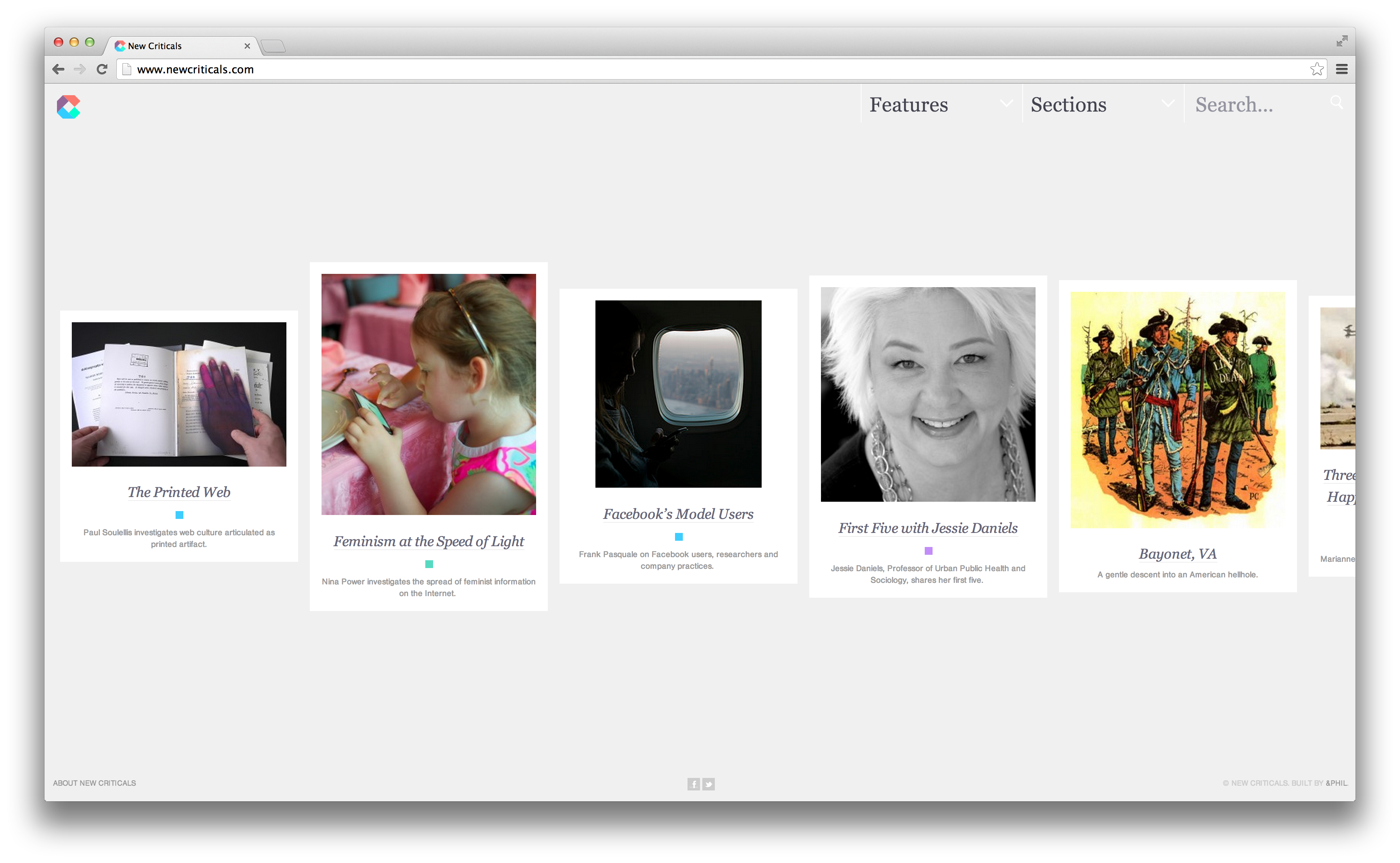 Co-founder, Producer and Contributor of New Criticals. New Criticals provides a site for critical thinking at the intersections of culture, feminism, technology, politics and the economy.

With New Criticals, we wanted to create a space for the production and promotion of original critical content. As a contributor-driven collective, our content - and our labor - is free. We are not driven by digital advertising or economic logic of print.

The structure of the site is also an attempt at a digital immanent critique playfully presenting the material as slides, emblematic of the click through data logic, while presenting content at a pace not driven by the treadmill of the attention economy .

On The Plane | The Velvet Cell

I edit and curate the book series 'On The Plane', in collaboration with Éanna de Fréine of The Velvet Cell, who does the production and design work. The series features photographers from all over the world who have captured, either centrally or tangentially in their photographic work, meaningful mediations of the 'On The Plane' experience.

Since 2006 I have worked in differing roles with Common Ground Publishing. Common Ground organizes 24 knowledge communities, which meet in person at annual conferences, produce journals and books. I work closely with Editors and Advisory Board members in developing direction, content for knowledge and community production.